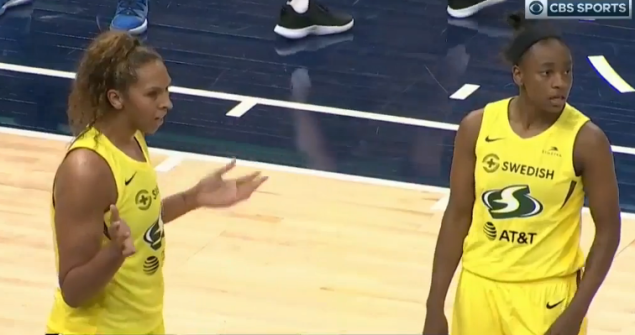 The Seattle Storm won’t be going undefeated in 2019.

The defending WNBA champions fell 72-61 to the Minnesota Lynx on Wednesday night. Seattle couldn’t dig out of the hole it created for itself following a nine-point opening quarter.

Natasha Howard was the game’s leading scorer (18) but finished with just five rebounds—one game after grabbing a career-high 16 boards in the team’ season opener.

The Storm held Sylvia Fowles in check for the most part offensively, limiting the 2017 MVP to seven points. Fowles hammered Seattle on the glass, though, finishing with 13 rebounds.

The Game in a GIF

Loyd did everything right here. She drew Lexie Brown away from Sami Whitcomb, who got into the correct position and had a great look from the perimeter. The shot was halfway down before bouncing out, summing up a night in which Seattle couldn’t buy a bucket for long stretches.

For now, we can chalk this up as a bad day at the office. The first quarter doomed the Storm and they didn’t play that badly from that point forward. Seattle has a back-to-back against the Atlanta Dream and Chicago Sky starting Friday, so the team can make a quick rebound.