When adding it together with the rest of their offseason, the Seattle Storm couldn’t have been more on-brand on draft night.

Seattle selected 6’4″ Australian forward Ezi Magbegor with the 12th overall pick. The 19-year-old averaged 55.8 percent from the field, with all of her 120 shot attempts coming from inside the arc. She also appeared in four games for Australia at the 2018 FIBA World Cup, averaging 7.6 points and 3.8 boards.

The Storm’s roster appears to be set for the most part, so Magbegor being a nonfactor for the moment opens up a spot for somebody who might have otherwise lost out ahead of the 2019 WNBA season.

END_OF_DOCUMENT_TOKEN_TO_BE_REPLACED 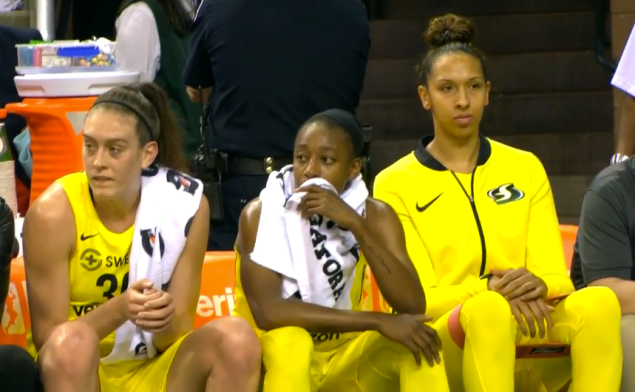 What do you get the team that has everything? Seattle Storm general manager Alisha Valavanis and head coach Dan Hughes are about to find out as they look to build on a 2018 season in which the Storm were WNBA champions for the third time.

Incremental change was the theme of the 2018 offseason.

Valavanis didn’t panic after a season in which Seattle finished eighth and fired its head coach in the middle of the year.

The Storm could’ve taken a chance on a young first-year head coach. Instead, they hired Hughes, one of the most experienced coaches in WNBA history.

And rather than shaking up the roster, Valavanis signed eight-year veteran Courtney Paris and acquired Natasha Howard in a sign-and-trade with the Minnesota Lynx. Howard was a revelation in her first year with the team and the missing piece of the proverbial puzzle, but it didn’t look like Seattle got demonstrably better ahead of the 2018 campaign.