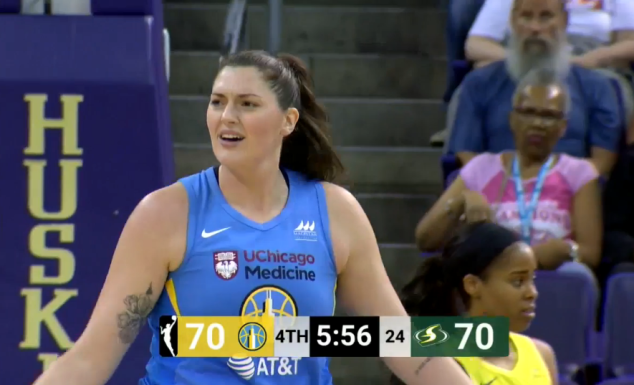 The Seattle Storm now sit third in the WNBA after defeating the Chicago Sky 79-76 on Friday in Seattle.

Five different Storm players scored in double figures. Jordan Canada’s 17 points led the team, and she added six rebounds, three assists and three steals. Natasha Howard shot only 3-of-14 from the field but got to the free-throw line nine times, which helped her pour in 14 points. She was one rebound short of a double-double as well.

Diamond DeShields had a game-high 19 points but shot 0-of-5 from beyond the arc. Jantel Lavender earned a double-double (13 points, 10 rebounds) in the defeat.

One game separates the Storm from the second-place Washington Mystics and they’re 1.5 games off the Connecticut Sun.