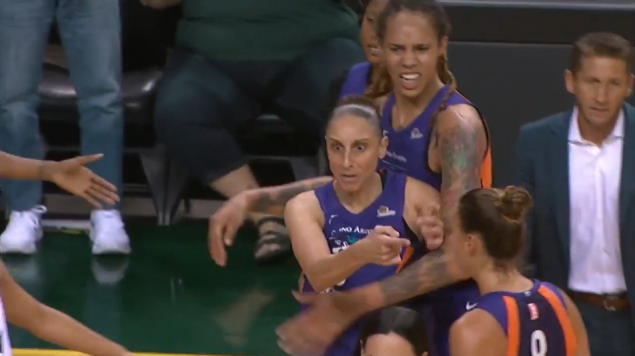 The Seattle Storm drew first blood in their 2018 WNBA playoff semifinal series against the Phoenix Mercury on Sunday at KeyArena in Seattle.

Hours after she was named the 2018 WNBA MVP, Breanna Stewart scored 28 points to lead all players. She was particularly deadly from beyond the arc, hitting six of her nine three-pointers.

Jewell Loyd also had 23 points, thus making Seattle 11-0 this season when she eclipses the 20-point mark. Like Stewart, Natasha Howard commemorated her Most Improved Player Award with a big game, scoring 20 points and collecting five rebounds.

For the Mercury, DeWanna Bonner and Diana Taurasi scored 27 and 25 points apiece, but Brittney Griner battled foul trouble for much of the game, thus limiting her impact on the floor. She finished with 13 points and four rebounds.

Game 2 is scheduled for Tuesday at 10 p.m. ET in Seattle. 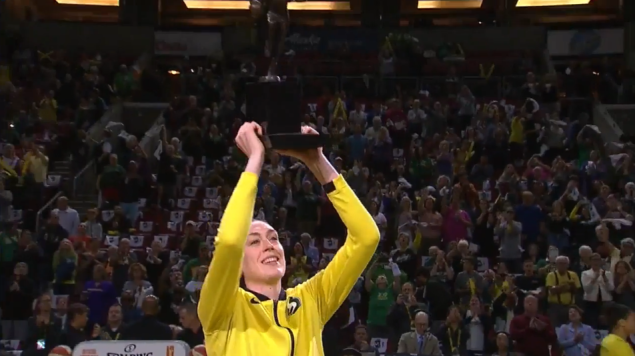 Game in a GIF

Momentum was swinging Phoenix’s way late in the fourth quarter as the Mercury clawed back from what had been a 16-point deficit in the second half. This jumper from Loyd gave the Storm the breathing room necessary to see the game out.

The end got a bit nervy, but defending home court in the opening game of the semifinals was imperative for Seattle, if for nothing else than to get that first playoff win since 2012 under its belt.